Traveling with Ayurveda – Tips For Staying Healthy on Vacation

Dr. Virender Sodhi discusses the ins and outs of traveling during the summer. He presents how to address altitude sickness, pests and parasites encountered during travel, jet lag, and how to maintain a healthy immune system. His techniques are a combination of Ayurvedic and naturopathic concepts that have been tested over his three decades of practice. 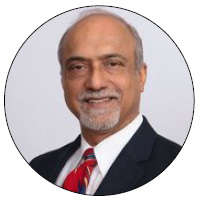 Dr. Virender Sodhi was the first Ayurvedic and Naturopathic physician in the United States. He earned a M.D. (Ayurved) degree in 1980 from the Dayanand Ayurvedic Medical College in Jalandar, India. Dr. Sodhi served as a college professor in India until 1986, when the Indian government selected him to share Ayurveda with Western society as part of a cultural exchange program. Dr. Sodhi finished fellowship in Integrative Oncology with Dr. Mark Rosenberg in 2012. After arriving in the United States, Dr. Sodhi enrolled at Bastyr University, a nationally recognized school of natural medicine in Kenmore, Washington. He received his N.D. degree from Bastyr in 1988. He was subsequently invited to join the faculty at Bastyr to teach Ayurvedic sciences. Dr. Sodhi is currently a visiting professor at Southwest College of Naturopathic Medicine in Scottsdale, Arizona, at the University of Washington School of Pharmacy, and at Des Moines University in Iowa. In addition to educating students at academic institutions, Dr. Sodhi has educated the general public about the benefits of Naturopathic medicine both nationally and internationally. He has been featured on several radio and television programs across the country, including an hour-long talk show titled Ayurveda: Wealth of Health featured during the summer of 1997 on KEZX, a local radio station in Seattle, Washington. He shares his knowledge of Ayurveda by lecturing in hospitals, conferences, and other universities in the United States, as well as in Italy, Switzerland, Holland, Japan, New Zealand, Australia and Canada. Along with his three brothers, he envisioned and formed Ayush Herbs, Inc., which offers the highest quality Ayurvedic herbal products and supplements worldwide.